Saluting Mark Sandman on his 60th 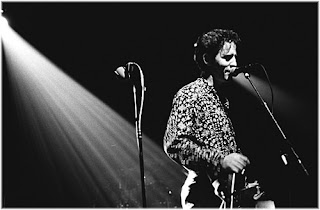 Morphine's Mark Sandman would've hated to have his 60th Birthday recognized.  But Thump and Growl is doing it anyway.  With music from Morphine's discography and Sandman's solo work, as well as from incarnations which came both before and after: Treat Her Right, Orchestra Morphine, Jeff Robinson Trio and Dana Colley, Bourbon Princess, Twinemen, Ever-Expanding Elastic Waste Band, Either/Orchestra, A.K.A.C.O.D., and others launched or influenced by Sandman's career. We'll also hear some unreleased material and a Morphine cover or two.  That'd really piss him off.